Blueberry picking season is here! While we can find them in grocery stores all year round, blueberries are ripe for picking at local farms and markets now. They are a tiny fruit packed with lots of nutrition and health benefits. Dubbed a “superfood” they may play a role in lowering the risk for heart disease and other illnesses.

THE HISTORY OF BLUEBERRIES

Blueberries are native to North America. They were first cultivated in the United States in New Jersey in the early 1900s. Botanist Elizabeth White started experimenting with wild blueberries she found growing on her father’s farm. She worked together with US Department of Agriculture (USDA) botanist Frederick Coville to select which wild blueberries to cultivate. She considered color, size, taste, and length of time to ripen. Only two varieties met her standards, and after selectively breeding, she produced and cultivated the modern blueberry. In 1916 she sold the first crop, which she called Tru-Blu-Berries.

By mid-century, 13 states were successfully growing and selling blueberries. In 1974,the USDA announced July as National Blueberry Month, the “sweetest month of the year”. When research uncovered ties between blueberries and their multiple health benefits in the early 2000s, they were given the title of Superfood. This led to a dramatic surge in demand and production skyrocketed. Today, blueberries are grown in 26 states across the country with the largest production in Washington.

WHAT IS A SUPERFOOD?

While there are no specific criteria, superfoods are those that are nutritionally dense and are packed with tons of beneficial and healthy compounds. They are rich in vitamins, minerals, and antioxidants that help to improve immunity, reduce inflammation, and may lower the risk of disease. Superfoods, provide omega-3s and healthy fats and are high in fiber.

Antioxidants are compounds found in foods that help cells neutralize free radicals. Free radicals are unstable molecules that attack cells and create a climate of stress. They may develop from exposure to adverse external sources such as tobacco smoke, pollution, radiation, and pesticides, as well as internal sources such as inflammation. Free radicals are responsible for disrupting normal body functions and may be a link to illness and chronic disease.

Antioxidants are found in substances called phytochemicals. Phytochemicals are compounds naturally occurring in plants and include polyphenols, flavonoids, anthocyanins, carotenoids, fibers, and others. Many superfoods, including blueberries, contain phytochemicals, as well as powerful antioxidants Vitamins A, C, and E.

WHAT MAKES BLUEBERRIES A SUPERFOOD?

Blueberries have been labeled as a superfood because of their many health benefits. They are packed with anthocyanins, which reduce inflammation, and are one of the most powerful antioxidants. Anthocyanins are also responsible for the berry’s dark, rich color. Blueberries are nutrient-dense, containing iron, phosphorous, calcium, manganese, Vitamin K, magnesium, and zinc making them a smart choice for bone health.

One-half cup of blueberries provides 24% of the Recommended Dietary Allowance (RDA) for Vitamin C, a powerful antioxidant important for skin health and wound healing. Blueberries are high in fiber, and low in calories. In a one-half cup serving, they provide 3 grams of fiber and only 30 calories.

The recommended serving size of blueberries is one-half cup. The USDA suggests limiting intake to two cups per day to avoid gastrointestinal distress. Additionally, eaten in large amounts, the Vitamin K content of blueberries may pose a risk of bleeding for those taking blood thinners.

Other superfoods that join the list with blueberries include kale, chia seeds, kimchi, walnuts, green tea, and quinoa, as well as others. They all contain compounds, antioxidants, and micronutrients that enhance health and wellness.

CAN SUPERFOODS REDUCE THE RISK OF DISEASE?

Research suggests antioxidants may be a link to reducing the risk of stress-induced diseases such as diabetes, heart disease, cancer, and Alzheimer’s Disease. By neutralizing the effects of unhealthy free radicals, antioxidants have the potential to protect cells against their toxic effects.

Recent evidence points to a link between free radicals and insulin resistance, leading researchers to study the role of antioxidants in preventing or managing type 2 diabetes. One study found Vitamin E intake to be positively associated with a reduced risk of developing type 2 diabetes. In other research, daily blueberry intake improved insulin sensitivity in non-diabetic, obese individuals.

A number of studies have shown a positive link between omega-3 fatty acids and a reduction in atherosclerosis, or cholesterol plaque build-up. A trial with individuals following a Mediterranean diet, resulted in a 20-30% decrease in heart-related events when compared to a control group on a low-fat diet alone. A Mediterranean diet includes foods rich in omega-3 fatty acids. Flax seeds, walnuts, and soybeans are excellent sources as well as salmon, mackerel, herring, oysters, and sardines. The Mediterranean diet is also high in fiber and includes healthy, unsaturated fats such as olive oil, avocado, and nuts and seeds. It encourages a significant intake of fruits, vegetables, and foods of plant origin, for their rich antioxidant properties.

Many studies support a high dietary fiber intake for improving overall health and managing or lowering the risk of illness and chronic disease. It is associated with improved blood sugar management, decreased cardiovascular risk, reduced inflammation, and a healthy gut environment. Studies have also shown a decreased incidence of breast and colorectal cancers when a high total fiber diet is consumed.

Dietary fiber is either soluble or insoluble and both are equally important. Soluble fiber is the type that has been shown to lower cholesterol and blood sugar, while insoluble fiber contributes to gut health and bowel regularity, and reduces the risk for diverticular disease. Foods with soluble fiber include oatmeal, nuts, lentils, apples, and blueberries. Insoluble fiber is found in whole products, brown rice, leafy greens, and fruits and vegetables with edible skins. The current recommendation for adults is a total dietary fiber intake of between 30 and 35 grams per day.

Blueberries have many benefits. Both as a tasty treat and a potential superfood. They are readily available, particularly in the summer months when they are in peak season and ripe for picking. Blueberries can be enjoyed in a variety of ways such as added to baked goods, used as a salad topping, added to cereals, or enjoyed just as they are. Blueberries can be added to smoothies or frozen and saved to be enjoyed at a later date.

No matter how you choose to enjoy them, blueberries should be a part of an overall healthy diet. One that includes complex carbohydrates, lean proteins, and healthy fats, as well as one that is high in fiber. And while diet is important, lifestyle habits are equally important. Regular exercise, moderate alcohol consumption, and getting adequate rest, are behaviors that should be adopted to complement a healthy diet and reduce illness. Go blue! 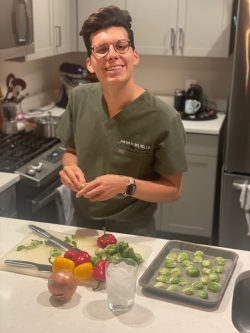 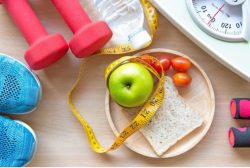 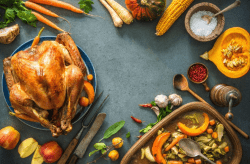 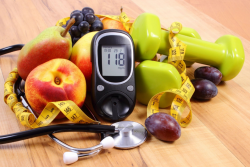