IRRITABLE BOWEL SYNDROME IS AN INTESTINAL DISORDER CAUSING ABDOMINAL DISCOMFORT AND DISTRESS. IBS AWARENESS MONTH IS A GOOD TIME TO LEARN ABOUT THE SYMPTOMS, CAUSES, AND TREATMENTS OF THIS CHRONIC CONDITION.

Irritable Bowel Syndrome Awareness helps support those affected by or living with IBS. According to the American College of Gastroenterology, 10-15% of American adults will suffer from IBS at some point in their lives with symptoms usually starting before the age of 35.

IBS acts on the large intestine. It does not cause a change in bowel tissue or lead to a disease-state but includes uncomfortable symptoms that are sometimes difficult to manage and interfere with activities of daily living. There is no single test to diagnose IBS. Your doctor may confirm this after ruling out other causes.

IBS symptoms can be unpredictable and occur unexpectedly. Additionally, all individuals may not experience the same signs. Unlike an occasional episode, patients with IBS may experience abdominal pain over extended periods of time or struggle with “flare-ups”. An IBS flare-up is a period of amplified symptoms that can last anywhere from a few hours to a few months.

THE MOST COMMON SYMPTOMS:

The exact cause of IBS is not clear. Studies suggest a link between the nervous system and muscles in the digestive system. Consequently, when there is a disruption in these signals, symptoms such as gas, bloating, pain, diarrhea, or constipation can result. These digestive disturbances may be triggered by food, stress, hormonal changes, medications, infections, or bacterial overgrowth.

–Food. Foods that trigger IBS symptoms are generally not the result of a food allergy. Instead, they may be an intolerance to the way these foods are digested. Keeping a food diary is helpful in determining which foods trigger symptoms for you.

–Stress. For some patients with IBS, stressful situations bring on symptoms. Stress triggers the release of cortisol which stimulates the sympathetic nervous system. This “fight or flight” response can increase or decrease digestive motility, resulting in diarrhea or constipation.

-Hormonal changes. Women are more likely to suffer from IBS symptoms. Research shows that estrogen may play a role in the function of the gastrointestinal (GI) tract. Moreover, some women see symptoms ebb and flow with the time of the month.

-Certain medications. Some medications such as antibiotics and antidepressants may trigger IBS symptoms for some patients, particularly when taken over a long period of time. Sorbitol, often found in cough or pain medications, has a laxative effect which may be an IBS trigger.

Infection. Episodes of severe diarrhea or gastroenteritis due to an infection may cause IBS symptoms to arise. The risk is related to the severity of the infection as well as the presence of other triggers at the time.

-Bacterial overgrowth. Our GI tract is home to a large number of healthy bacteria, fungi, and viruses. However, when an excess of bacteria form in areas where they are not commonly found, such as in the small intestine, IBS symptoms of diarrhea, increased gas, and bloating are seen. Bacterial overgrowth is often the result of the slow passage of food through the GI tract, creating “food” for bacteria to grow.

IBS AWARENESS TREATMENTS… SHOULD YOU CHANGE YOUR DIET? 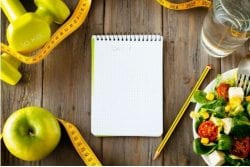 -Food diary. Keep a food diary to monitor which foods trigger IBS symptoms for you. Write down everything that you eat. Include seasonings and the way the food is prepared. Note the time of day, and your mood since these may make a difference. Also indicate the portion size, whether this was a meal or snack, and any beverages you drink. Keep the diary with you so you can add any symptoms that may develop after the meal. Once you see a pattern, you can begin identifying foods or situations that are triggers for you, and eliminate or be aware of these foods in the future.

-Probiotics. Probiotic supplements may help improve IBS symptoms by altering the bacteria in the digestive tract. A 2019 review of randomized controlled trials showed that probiotics significantly improved symptoms in patients with IBS, as compared to those in placebo groups. Moreover, multiple strain probiotics were seen to be more effective than those with a single strain.

Eating a lot of food at one sitting can trigger IBS symptoms. For example, abdominal distension that results from a large meal may produce gas and bloating. Also, eating stimulates the digestive tract which can over-respond to a large meal.

Mindful eating focuses on paying attention to what you are eating. In other words, it urges conscious awareness of what you put in your mouth. It involves eating slowly, chewing well, and taking the time to enjoy your meal. Furthermore, mindful eating is calming and results in reduced stress which aids digestion.

Low Fodmap Diet. The Low fodmap diet may help reduce IBS symptoms. It limits the intake of simple sugars and short-chain carbohydrates which are poorly absorbed and become food for the overgrowth of bacteria. These foods are known as FODMAPs or Fermentable, Oligo-, Di– and Monosaccharides And Polyols.

-FODMAPS are found in:

-Fructose. Fructose is present in honey and high fructose corn syrup. It is also found in fruits and vegetables. Those highest in fructose are apples, mangoes, pears, persimmons, watermelon, and sugar snap peas.

Lactose, found in dairy products, is another FODMAP. It is the sugar found in milk, cheese, ice cream, and sour cream.

Fructans are found in grains, such as wheat, rye, couscous, and bulgur. These are commonly seen in bread, cereals, pasta, and snack foods.

Galactans are found in legumes such as lentils, soybeans, chickpeas, and red kidney beans.

Polyols are sweeteners. Artificial sweeteners, such as sorbitol, and xylitol are found in sugar-free gum and candy. Natural sweeteners are found in fruits such as avocados, apricots, cherries, nectarines, peaches, and plums.

While FODMAPs do not cause IBS or digestive disorders, they may cause symptoms. Therefore avoiding them is not a cure, but may reduce flares.

Irritable Bowel Syndrome is a chronic condition that can be confusing and cause anxiety. For instance, worrying about having a flare-up or an increase in symptoms can disrupt your life and keep you from making plans. Narrowing down the “triggers”, not only helps reduce symptoms but puts you in control.

A Registered Dietitian can help you manage your IBS symptoms by identifying your triggers and suggesting diet or habit changes specifically for you. Our experienced clinicians are here to help reduce your risk of pain from IBS.

Call today to make an appointment at 240-449-3094; Some of our services may be covered by insurance. 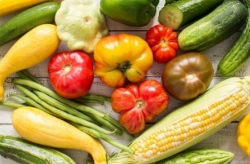 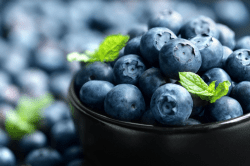 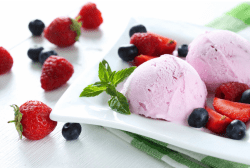